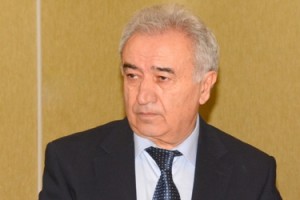 He was born in the Republic of Georgia in 1949.

He graduated from the faculty of “Industrial economics” of Azerbaijan State Economy Institute named after D.Bunyadzade in 1970.

After completion of the Institute he began to work in the position of laboratory assistant. He completed postgraduate study in 1974 and in the same year he defended doctoral (PhD) dissertation in the Scientific Council of Azerbaijan State Economy Institute. He was awarded the Diploma of Associate Professor in 1983.

He began to work in the Azerbaijan State University of Economics in 1987 and in different times he worked in the positions of Associate Professor of “Economics of enterprise” department and head of this department of the University.
He worked in the position of dean of the faculty of “Economics of production and service fields” of ASUE in 2000-2008.
He was head of “Marketing” department in 2009-2014. During his working period he published more than 100 scientific articles, training and methodical aids and translated training aids. He is a member of the Scientific Councils of ASUE and of the faculty of “Commerce”.

By the Order of the President of the Republic of Azerbaijan dated September 24, 2020, he was awarded  «Taraggi»  medal on the occasion of the 90th anniversary of  Azerbaijan State University of Economics and for his services to the development of education in Azerbaijan.

Currently he is a Head of the Department of “Economy of Enterprise”.

The mechanisms of state support for the development of ICT and innovations have been discussed at UNEC (26.12.2017)
A Scientific Workshop held at UNEC: “Azerbaijan’s Economy over the last year” (27.01.2017)