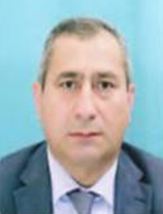 Within 1966-1977 he studied at the secondary school of  Mamirli village.

He graduated from the University with the major of engineer on technical systems in 1982. He was sent to the Department of Calculations of the Ministry of Finance of AR the same year.

Further he was appointed to the position of Chairman on Machines at the Ministry of Finance of AR.

Within 1986-1987 he served as a Chief Executive on Shifts at the Department of Calculations.

In 28.12.1987 he was sent the Director of the Department on automatic processing of insurance information of the State Insurance Head Office of the Ministry of Finance of AR.

In 1992 he became a Director of the IT Office of the Commercial Insurance Company of Azerbaijan Republic and at the same time he was a Secretary to the Director.

In 2001 he became a Director of the State Medical Insurance Agency “Shefa” of the AR State Insurance.

Within 2008-2012 he was a Branch Director of the State Medical Insurance Agency “Shefa” of the AR State Insurance.

Within 2001-2009 he was a senior teaching staff of the University of Azerbaijan.

Within 2001-2009 he conducted lectures and seminars at the Department of “Finance” of the Azerbaijan State University of Economics.

Since 2011 Babbayev is a teaching staff of the Department “Finance” of ASUE.

Currently he is also a member to the Board of Royal Insurance OSC.

At the same time Babayev is a Doctoral Researcher of ASUE; author of 6 scientific articles.