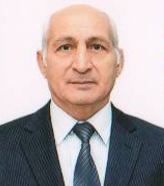 He was born on   July 1, 1941 in Govshadli village of Fuzuli region in the family of collective farmer.

In 1959 he graduated from secondary school, in 1960 entered   Shusha Agricultural Technicum.

In 1963 he entered the Physics faculty of   Azerbaijan State Pedagogical Institute. In 1968 he graduated from the same specialty.

In 1969 he was accepted to the Institute of Physics of   ANAS.

In 1980 he defended his thesis; he is candidate of physical and mathematical sciences.

He was appointed to the post of senior lecturer to the faculty of Commodity Research of Baku branch of Ganja State   Technological   Institute.

He was elected as an associate professor at   Baku State Commodity Research Institute, which was established on the basis of the branch in 1994.

Since 2000 he has been working at the Department of Physics at   Azerbaijan State University of Economics.

Married and has three children.