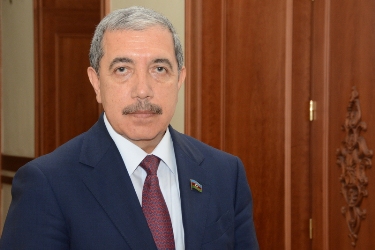 He completed secondary school in 1966 and was admitted to Azerbaijan National Economy Institute named after D.Bunyadzade. After completion of the Institute in 1970 he was sent to work in the position of economist in Scientific Research Institute of Economy under the Azerbaijan State Planning Committee by appointment. In 1971 he was admitted to the postgraduate study of the same Institute and in 1974 completed his education. He worked in the positions of junior research scholar, senior research scholar and head of department in the same Institute till 1981.

In 1981 – senior teacher in Azerbaijan National Economy Institute named after D.Bunyadzade passing competition;
In 1986 – was elected to the position of associate professor.
In 1989 – was appointed to the position of head of “Trade economics and maangement” department;
In 1993-1996 – “Marketing and foreign economic relations”;
In 1996-2000 – “Marketing and international economic relations”;
From 2001 to 2019 he headed the department “International Economic Relations”.

He was awarded the academic degree of candidate of economic sciences defending candidate dissertation on the theme of “Retail goods turnover of Azerbaijan SSR and improvement methods of its planning” in Moscow Institute of National Economy named after G.V.Plekhanov. In 1999-2001 he was doctoral candidate of Institute of International Relations of National University of Kiev named after T.Shevchenko. On June, 2001 he defended doctoral dissertation on the theme of “Formation and development of foreign economic strategy of Azerbaijan” in the same Institute and in the same year he was awarded the first and only academic degree of doctor of economic science up to date in the Republic on the specialty of 08.00.14 – “World economy and international economic relations”.

He was awarded the academic title of associate professor in 1992, professor in 2004. He is an author of more than 110 scientific works.

He is a chairman of Dissertation Counsil of ASUE, member of Club of the Rectors of Europe, honoured doctor of International Personnel Academy (Ukraine) and Austria International University. He was elected as a deputy of National Assembly of Azerbaijan Republic from Goychay – Aghdash electoral district No.89 on November, 2010.

He is a chairman of Education and Science Committee of National Assembly. Under the decree of the president of Azerbaijan Republic Ilham Aliyev, he was awarded the “Glory” order for an active participation in social – political life of the country on November 10, 2011.