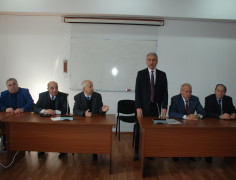 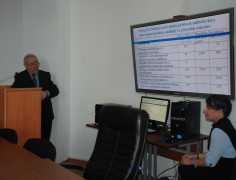 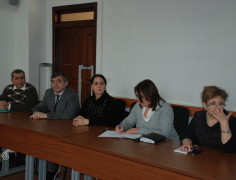 The department of “Economy of enterprise” had been operating since the 30s under the title of “Economy of Industry”. On May 12, 1941, in connection with the reorganization of the Azerbaijan Institute of National Economy, it was planned to create a faculty called Economy of Industry. But with the onset of the war, the plan remained incomplete. Since January, 1945 AINE regained independence and the Faculty of Economics of the Industry and, of course, the same department could continue their activities. In the 40s and 50s, student admission, development and graduation were carried out on Economy of Industry. However, in 1959, with the dissolution of the SARS and joining AUL, the Faculty of Economics of Industry also suspended its independent activities, including the Faculty of Economics. Only in 1966, when the Azerbaijan Institute of National Economy became an independent higher school, the majör Economy of Industry entered a new era of development. Since that time the chair has been operating as one of the leading scientific departments of our university.