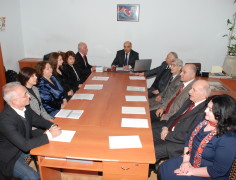 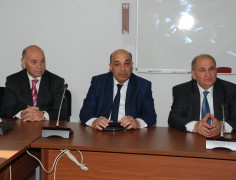 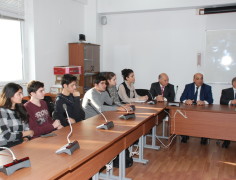 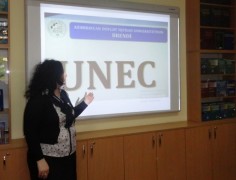 The collapse of the former Soviet Union caused changes in the social structure and the economy to update the profile of the department. In accordance with the requirements of the market economy, the chair was renamed; the Department of “Economics Regulation” had been named “Macroeconomic Regulation” since 2006, and “Economic Regulation” since 2009. In 1999, a more specialized division, a group of lawyers was combined with the department. This division was preparing specialists in “Legal Regulation of Economy”. Subsequently, this specialty was excluded from this department and became an independent chair under the name of “Economic Law”. Currently, a number of chairs, such as “Price”, “Social and Cultural Sector Management and Economics” and “Economic Law” are separated from this department.

The chair prepares highly qualified specialists for various branches of the national economy. Subjects taught at the department are directed to deeply mastering the specialties that meet the requirements of the modern world and adopted in the world educational system. New textbooks, textbooks, methodical instructions, programs for these subjects have been developed and published.

In accordance with the general scientific direction of the department, in the years of its existence, its employees have been involved in the formation of national economy in Azerbaijan in the conditions of globalization, state regulation of socio-economic development of regions, socio-economic development, employment, social infrastructure, state policy of state and its implementation. Scientific-methodological and practical research works.

The end of the transitional period in the Azerbaijani economy is characterized by a significant change in the nature and influence of the mechanism of state regulation of socio-economic processes. Taking this into account, the staff of the department conducts scientific research on the theme “Tools, mechanisms, main directions and problems of ensuring sustainable development of the national economy”.