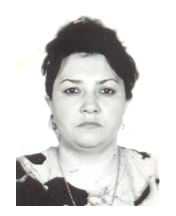 In 1987-1993, she worked as a chief engineer at the Aztorgtekhnika enterprise under AzerUnion. She has been working at Azerbaijan State University of Economics since 1993.

She was a senior laboratory assistant at the “Marketing” department of  Azerbaijan State University of Economics in 2000-2001, a teacher in 2001-2009;

In 2009-2013 she worked as a lecturer at the department of “Standardization and Certification”.

Since 2013, she has been the head teacher of the department.

She is the author of 26 scientific works.

She is married, has two children and a grandchild.