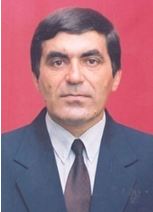 He was born on July 1, 1962 in the village of Sarajli, Bolnisi district of the Republic of Georgia.

In 1979 he entered the faculty of Economics of the Azerbaijan Agricultural Institute named after S.Agamalioglu.

In 1983 he graduated from the same faculty with a degree in Accounting in Agricultural Enterprises and Business Analysis with honors.

In 1989 he entered the postgraduate study of the Azerbaijan Scientific-Research Institute of Agricultural Economics and Organization.

In 1992 he defended his thesis on “Improving the Economic Efficiency of Agricultural Enterprises” and received a PhD in economics.

On October 6, 2017, he was awarded the UNEC Honorary Decree for his long-term scientific and pedagogical activities.