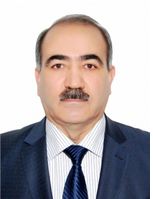 1972-1973 – worker in sovkhoz named after N.Narimanov in Sharur region
1980-2001 – economist, senior economist, chief of workshop, chief engineer, deputy director in the enterprises of the Ministry of Oil Refining and Petrochemical Industry; chairman and director of Trade Union Committee.
2006-2011 – Deputy Dean;    2011-2012 – Head of department

He is an author of 15 scientific articles about strategic problems of introduction of Azerbaijan oil to world markets, 1 textbook and 1 training aid.

He is married, has three children and two grandchildren.