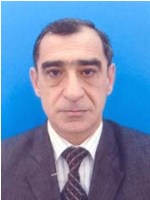 He graduated from Azerbaijan Institute of People’s Economy named after D.Bunyadzade in 1974.

In 1980, he defended a candidate of economic sciences’ dissertation at the Institute of Economy of USSR Academy of Sciences.

Natig Huseyn Gurbanov has worked as an associate professor at the chair of “Management” at Azerbaijan State Economic University since May 1993. At the same time, he has worked as a deputy dean of the Turkish World Faculty at University of Economics since 2001.

He has worked as a deputy dean of the “Informatics and Management” faculty since 2014.