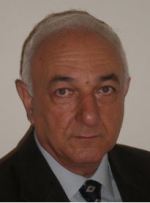 He graduated from the School of Physics of Azerbaijan State University in 1972. After the graduation he served as a laboratory assistant of the Department of “Electronics” of the University, in 1972 he became a laboratory assistant of the Department Earth’s Physics under ASSR Academy of Sciences Institute of Geology, then he became a junior fellow of the Institute. Here he was engaged in some researches. In February of 1976 he became the Academic Council of the Department on Earth of the Presidium of the Academy of Sciences. He served here until December of 1986. Since December of 1986 Guliyev became a scientist and an engineer of the Institute of Deep Oil and Gas Fields of ASSR AS.

In 1990 Guliyev defended his thesis on Geology and became a Candidate in Geological and Mineralogical Sciences.

Since 2007 Guliyev has been serving at ASUE in different positions. He was the Assistant to the Rector, senior teaching staff and acting Associate Professor of the Department “Protection and Economy of Environment”. Besides, he is the Executive Secretary of the magazine “Geo-economics” and the member of the Academic Council of ASUE.

Guliyev is a participant and reporter of International congresses, conferences and forums. He is the author of 1 monograph, more than 30 articles and theses.