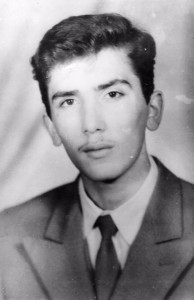 Aliyev Etibar Allahverdi oghlu was born on April 6 1975 in Baku. He studied at the secondary school 162 of Sabail district within 1982-1992. He was enrolled to the evening department of the Azerbaijan Institute of National Economy named after D.Bunyadzade (current UNEC) in 1992. At the same time worked in the railway publish house.

After completing the first course of the institute, he voluntarily joined Azerbaijan National Army in 1993. Etibar was not sent to the battles as he was the only son of the family. But on December 19 he voluntarily joined the army which served on the frontline together with 14 soldiers. Etibar started to fight in the open battles in Goranboy after getting trained in the content of military unit N in Ganja. Etibar and his friends could go to Tartar in the battles of heavy losses in the direction of Tapgaragoyunlu of Goranboy and Jamilli of Tartar regions. He entered the Tartar battalion here.

In May of 1994 Etibar got shrapnel wound on his head during the battles in Gapanli province of Tartar and sent to back. He returned to the frontline after the battles calmed and was captured by the Armenians. He was changed with Armenian captive on June 4, 24 days after being held captive in Shusha. Etibar died on July 10 despite medical interventions in the military hospital in Baku.

Etibar Aliyev was buried in the II “Martyrs’ Alley” in Baku.

Secondary School 162 of Sabail district where he studied was named after him. 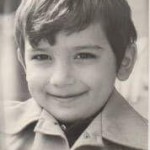 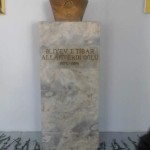 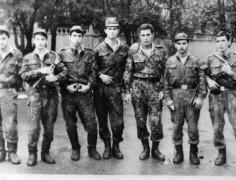 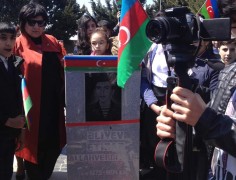