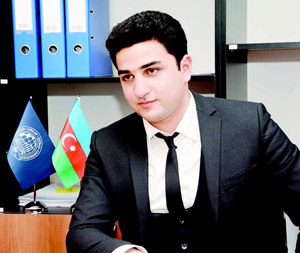 He was born on December 26 of 1995 of Baku city. Completed the Educational Complex 132-134 in 2013. Enrolled the School of Business Administration of Azerbaijan State University of Economics. He is the active participant of the University’s social activities. He is also the organizer of a series of projects and the winner of tournaments.

The Project of “Biznesdar” introduced by was selected the best project of UNEC when he was a first year student. He is also the winner of the competition “Industry and student” within the “Year of Industry” 2014. As a result of the elections of “Student Rector” with the majority of voices 601 points he became the winner. The winner was announced during the Academic Council’s session of the University and his activities were approved in accordance with the Statue. Student- rector is considered the member of Academic council within the period of his performance.