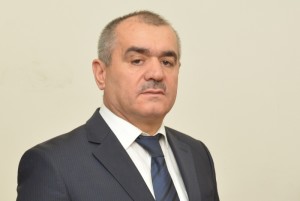 He was educated on the speciality of  economist-engineer at  Azerbaijan Oil and Chemistry Institute named after M. Azizbayov (currently Azerbaijan State Oil Academy) in 1989 (military service in the Soviet Army in 1983-1985).

In 1991-1993 he studied at the graduate course of Azerbaijan State Oil Academy.

In 1999 he received Candidate of Economics, but in 2010 he got Doctors in Economics and assistant professor academic degrees.

1989-1991 – Institute of Oil and Chemistry named after M. Azizbayov, intern-researcher and engineer;

Since 2002 he has been working as a teacher at Azerbaijan State University of Economics.

Head of “ Tax and Taxation” Department, professor of the department “ Finance and Financial Institutions “ in 2008-2015.

On October 6, 2017, he was awarded with the “Honorary Decree” of UNEC for long-term effective scientific and pedagogical activity.

At present he is the head of the department of Economics and Management at UNEC.

He is the author of 3 textbooks, 2 course books, 3 monographs and a methodical instruction on various fields of economics. More than 90 scientific articles have been published in the republic and abroad.

“Exemplary Classes” related with the application of “Electronic University Model” start at UNEC  (28.06.2016)