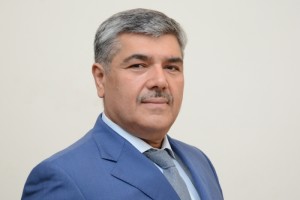 In 1981 he graduated from the faculty of   “Finance and Statistics “of Azerbaijan Institute of National Economy (now Azerbaijan State University of Economics).

In 1981-1983, he worked as a chief economist at the Azerbaijan office   of the USSR Construction Bank.

In 1983-1986 he was a post-graduate student of   Azerbaijan Institute of National Economy.

In   1986 he worked at the department of “Banking” of Azerbaijan State University of Economics.

In 1990 he defended his thesis on “Finance, money circulation and credit” at Leningrad Financial and Economic Institute.

In 2011, he was awarded the “Tereggi” medal for his contribution to the development of education in accordance with the Decree of the President of the Republic of Azerbaijan in connection with the 80th anniversary   of   UNEC.

In 2012 he defended his doctoral thesis on “Problems of development and expansion of commercial banks’ service activity”.

By 2017, he was professor of the department of   “Finance and Financial Institutions” of UNEC.

At present, he is a professor at the department of   “Economics” of   UNEC. 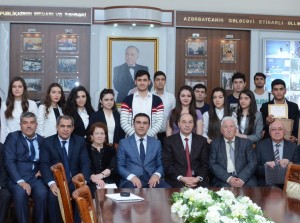 He is the author of more than 65 scientific works, 2 textbooks and 1 monograph.