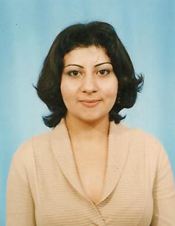 In 1989 she entered the Baku branch of N.V Voznesensky Institute of Finance and Economics and in 1994 graduated from Azerbaijan State University of   Economics with honors.

Then after continuing her scientific activity she stayed at the department, she entered the   postgraduate study and successfully graduated in 2000, defended her thesis.  She is a candidate of economic sciences.

Since 2001 she is a lecturer, then senior lecturer and since 2008 she is the assistant professor of the department.

In 2005-2008, she worked as a Chief Inspector and Secretary of the Scientific Council at the Graduate Training Center.

She is the author of about 20 scientific articles, about 10 teaching aids and 1 book (joint publication).

She is a doctoral candidate at   Moscow State University named after M. Lomonosov.

Since 2017 she has been the assistant professor of the department of “Economics” (in Russian).

Married, has a child. 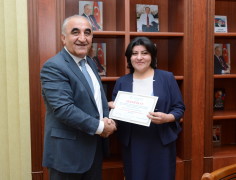 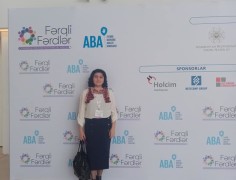