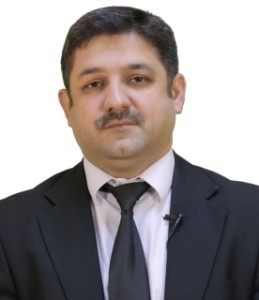 Completing the doctoral study in Economics of the Institute of Social Studies of Seljuk University, he received the title of PhD in Economics in 2007. He received Post-doctorate level of the European Commission Erasmus Mundus Alrakis II Program at the University of Warsaw in Poland (SGGW) and as research follow of the Fulbright Program of US State Department at the State University of Arizona, US within 2014/2015. He worked at Koblenz University of Germany as a lecturer  in frame of European Commission Erasmus + KA107 teaching staff mobility program in fall semester of 2016/2017.

He served as an Executive Director in private sector for a while. Since 2004, he started to perform in education area. He has served in various positions at  Azerbaijan University of Architecture and Construction, Qafqaz University, Khazar Unversity and Azerbaijan State University of Economics during these years.

Since May 2017, he is a Head of the Department of “International Economics” (in english) at Azerbaijan State University of Economics.