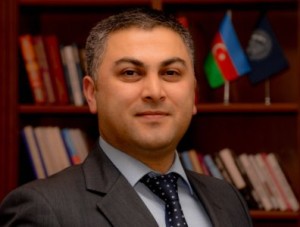 Mr.Ismayilov Nasimi Zakir, Director of the FINANCE AND SUPPLY Department

He was admitted to the Academy of Public Administration under the President of the Republic of Azerbaijan in 1999 and graduated with the honoured diploma in 2003.

After working at the Azerbaijan Micro-financing Bank for a short period of time in 2005, he continued his professional activity at the Ministry of Economic Development as advisor, director of the division over 2006-2011 years.

He speaks English, Russian and Turkish languages. He is married and has 3 children.