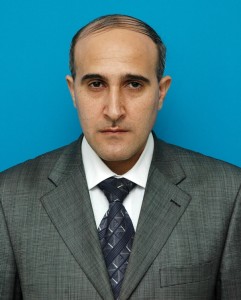 He got secondary education in Khalafli province secondary school of Jabrayil region (1979-1989).

He was a full time student of the faculty “History and Law” of Azerbaijan State Pedagogical University (1989-1994).

He defended his PhD paper on “Working Hours and its Legal basis” in the Dissertation Board performing under the National Aviation Academy (2009).

He is a doctoral student of the Department of “Law” of the State Academy of Administration under the President of AR in 5607.01- Constitutional Law; Municipal Law” (since 2011).

At present he is the Director of the Azerbaijan Financial and Economic College under UNEC.

He attended a series of internationaland local conferences and made reports.

He is a member of the New Azerbaijan Party.

He was rewarded Independent National Award “The Patriotic Son of a Year” by the public newspaper “Parliaments’ Voice” for the successful implementation of statehood policy by the President of the Republic of Azerbaijan Mr. Ilham Aliyev. (2012)

He was awarded an Honorary Award “Azerbaijan Flag” by the Executive Board of the Trade Union of Azerbaijan Media Employees. (2013)

He was awarded a badge of a “Leading Education Employee of Azerbaijan Republic” (2014). 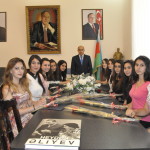 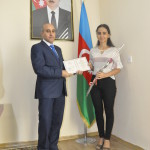 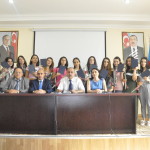 “Science month” has continued in the Financial-Economics College (06.11.2017)