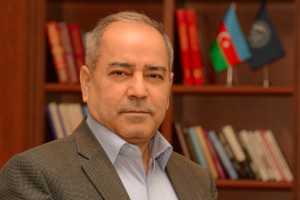 He was born in Guyjag village of Jabrail region in 1961.

Mr.Huseynov had been working in Azerbaijan State Economic University as corrector in 2000-2003, in 2003-2009 as editor-in-chief and since 2009, he has been working as the head of department. He was the editor of several books during these years.

Mr.Huseynov is the member of Azerbaijan Union of Journalists.