In 2020, the department of “Physics and Chemistry” was abolished. 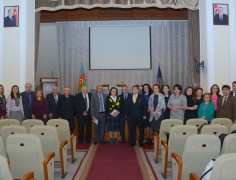 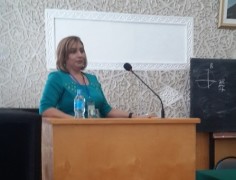 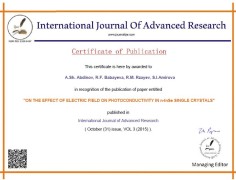 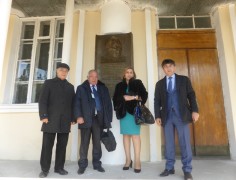 UNEC Scientists’ Research Work has been published in the Journal with Impact Factor  (26.11.2015)
UNEC Scholars participate in the International Conference  (25.11.2015)

The department conducts research on the problem of semiconductor materials for electronic refrigerators and photocells used in infrared optoelectronic converters. High-efficiency materials were obtained as a result of the study of electrical and thermal parameters over a wide range of temperature, electric and magnetic fields of A3 B6 layered single crystals and B1-Sb system solid solution extrusion samples, which can be used to make useful electronic devices.

The results of scientific research are regularly published in leading scientific journals of Poland, Germany, Russia, Ukraine, Turkey, France and the republic, and presented at international and national scientific conferences. The department cooperates with the above-mentioned and scientific centers of several other countries (“Orion” Scientific-Production Association – Moscow, A.F.Ioffe Institute of Physics and Technology – St. Petersburg, “Quartz” plant – Ukraine, etc.)

In order to improve the organization of teaching, the staff of the department wrote 6 textbooks, 8 teaching aids, 10 methodical instructions and more than 400 scientific articles. Members of the department have up to 15 copyright certificates, 3 of which are patented in foreign countries.