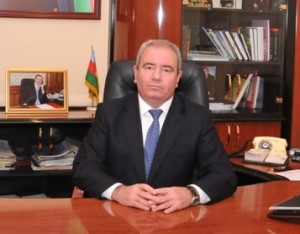 He was born in Nakhichevan city of the Republic of Azerbaijan on January 1, 1953.

In 1976 he graduated from Moscow Institute of Energetics, the department of “Automatics and telemechanics”. Mr.Abbasov continued his education for post-graduate degree at Ukraine Academy of Sciences after working for one year at the National Academy of Sciences of Azerbaijan. Defending dissertation on microelectronics in 1981, he earned the scientific degree – candidate on technical sciences. In 1994- defending his dissertation on “Information processing and management systems” and earned the title of Doctor on technical sciences. He has been the professor since 1996 and the active member of ANAS since 2001.

From 2000 until 2004 he had been the rector of Azerbaijan State Economics University. He is the President of Computer Network Association on Science and Education of the Republic of Azerbaijan. Mr.Abbasov is the author and co-author of more than 180 scientific works, 18 scientific monographs and textbooks. He had trained 14 Doctors of philosophy on technical sciences and 8 Doctor’s on technical sciences. From 2001 until 2004he had been the deputy at Milli Majlis of the Republic of Azerbaijan and the Member of Parliament Assembly of the Council of Europe. Since 2001he has been the active member of ANAS, and the member of the Institute of Electrical and Electronics Engineers of the Commission for Digital Development and Broadband Connection under the UN Secretary General.

On December 27, 2012he was awarded with the “Shohrat” medal for his beneficial activity in the sphere of information-communication technologies by the President of the Republic of Azerbaijan.