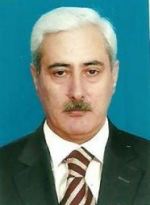 He was born on December 23, 1957 in Tokhulja village of Krasnosel region of the Western part of Azerbaijan (currently Republic of Armenia).

He graduated from the Azerbaijan State Pedagogical Institute (currently, Azerbaijan Pedagogical University) in 1979 and was assigned as the teacher of mathematics to the secondary school in Tokhulja village of Krasnoselo region of then Armenia SSR.
Over 1981-1985 years, he was a candidate for a degree at the Philosophy and Law Institute under the Academy of Sciences of Azerbaijan SSR, in 1987 he defended the candidacy dissertation on philosophy.

From 1989, he works as the teacher at the “Philosophy” department of current Azerbaijan State Economic University.
He was appointed the Director of that Department in 2007. He defended the dissertation for getting the science degree of PhD in 2004.
Since 2009, he is the professor of the “Philosophy” Department.

He is the author of up to 100 scientific and training-methodical works. His scientific works have been published in Russia (Moscow), Turkey (Istanbul), Greece (Athens) and Germany. He participated in a number of scientific assemblies, including XXI, XXIII World Philosophy Congresses, and IV Russian Philosophy Congress. He is the member of the Expert Council on Philosophy, Sociology, Psychology, Pedagogics and Religion Science at the Higher Attestation Commission under the President of the Republic of Azerbaijan since 2007. 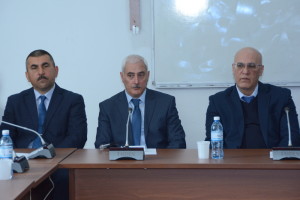