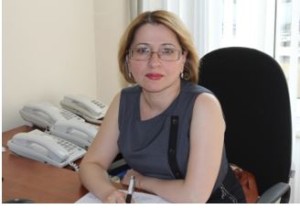 She has participated in training activities and conferences in a number of foreign countries, international educational organizations related to her business activity.

In 2010 she was awarded by the President of the Republic of Azerbaijan with the medal “For civil service honors”. From September 2018 he is a lecturer at the department of   “Economics”  of   Russian School of Economics  of   UNEC.

She is married and has a child.