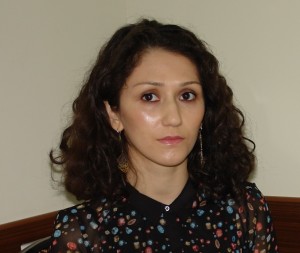 She finished secondary school №272 in Baku. The same year she entered Azerbaijan State University of Economics. She graduated from the bachelor in 2005, and in 2011 from the Master’s Degree.

She worked  as an English grammar trainer at “Union” foreign language and computer course in 2005-2007, as an operator at “Leader Logistic” company  from February 2007 to December 2008. Since 2009 she has worked as an operator at the Turkish World Business Administration  Department under General Department of Azerbaijan State University of Economics  and since 2014 as a laboratory assistant at the Department of Economics and Business. From February 2016 to October 2018 she worked as a senior laboratory assistant at the same department.

She is currently working as a secretary at the faculty of Turkish World Business Administration.