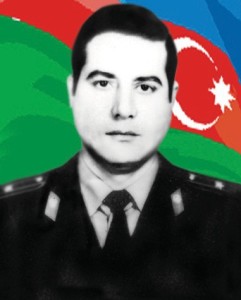 He went to military service after graduating from the Institute of National Economy named after D.Bunyadzade in 1972. After being demobilized from the service he worked in the Department of Internal Affairs of Ujar region. In 1986 he completed the Higher Police Academy of Rostov city. Shalar who were a Deputy Chief of Zardab region has received a rank of major.

On July 11 1990 he was killed in an unequal battle during the sudden attack by Armenian militants to the convoy moving through Tartar-Kelbajar in the territory of Aghdere.

He was married, got two children.

A school and a street situated in Zardab region were named after him.