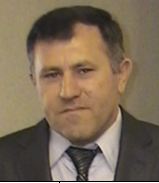 In 1985, he graduated with honors from   Azerbaijan Institute of Technology, faculty of Food Technology, specialty – Canning Technology. He is an engineer-technologist by profession.

In December 1985, he entered the postgraduate course at the Azerbaijan Scientific-Production Association for Horticulture and Subtropical Plants (EIB on Az. B and SB). In June 1986, he left the production of the Odessa Institute of Food Industry Technology named after M.V. Lomonosov (now the Odessa National Academy of Food Technology) and transferred to a special graduate school.

From March 1989, he worked as a junior researcher, researcher at the Azerbaijan Scientific-Production Association for Horticulture and Subtropical Plants.

In August 1990, he was invited to the Azerbaijan Institute of Technology as a young specialist and worked as a laboratory manager.

Since 1993, he has worked at the Baku State Commodity-Commercial Institute, first as a laboratory manager, then as an assistant, teacher, senior teacher and associate professor.

From 2000 to 2020 he worked as an associate professor at the Department of “Food Technology” of the Azerbaijan State University of Economics. He is a member of the Scientific Council of the Faculty of Technology and Design. In 2007-2011 he was the chairman of the Commission on control of the educational process established at the faculty. He is currently working on his doctoral dissertation.

He is currently an associate professor at the department of Engineering and Applied Sciences, UNEC.

He was awarded certificates on “Food Safety Management System” In 2009 by the International Organization for Standardization (ISO) in Turkey 22000: 2005 , and 9001 – “Quality Management System”, as well as by the British company IRCA in the United Kingdom Global GROUP.

He is the author of more than 75 scientific-methodical works. Among them: “General technology of food products”, “Technological design of fish processing enterprises” and “Modern research methods of food products” 3 textbooks, 14 subject programs, 2 methodical instructions, etc. His works have been published in the Russian Federation, the Republic of Belarus, Ukraine and Azerbaijan, in Azerbaijani and Russian languages.