Event on the occasion of the World Azerbaijanis’ Solidarity Day and the New Year has been held in Zagatala Branch of Azerbaijan State University of Economics (UNEC). The Branch Director, Professor Orujali Rzayev spoke about the history of the World Azerbaijanis’ Solidarity Day celebrated with the National Leader Heydar Aliyev’s initiative. He said, the date of December 31 plays important role in creating solidarity and unity among the Azerbaijanis who live in separate countries. Today our country is developing in all areas, including education and science and achieves success under the leadership of the President Ilham Aliyev. We all are happy to see the achievements gained by Azerbaijan and becoming powerful state. So, we should be unanimous for our state and work hard for the development of our statehood. Stressing the significance of the date’s celebration for the world Azerbaijanis, O.Rzayev congratulated all the staff, teachers and students for these holidays wished them success on the eve of the New Year. 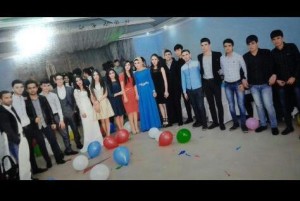