A Scientific-methodological Workshop held by the Department of “Foreign Languages”

Scientific-methodological workshops of UNEC Department of “Foreign Languages” continue. The seminars aim to promote scientific approach of the teaching methods of the English Language and research modern methodological investigations.

A senior teacher of the Department Sabina Mammadova made a presentation on “Conflicts” within the next scientific-methodological seminar held on January 25.

S.Mammadova presented the conflicts in the field of Management through the real cases. Facilities such as a vocabulary, new words, explanation, tasks and group work were used during the workshop. The positive and negative factors which lead to conflicts was reflected in the process of “Reading” The use of interactive methods were demonstrated in group work named “Case Study”. The implementation of the practice took place and the group work in accordance with the topic was conducted by S. Mammadova.

S.Mammadova responded her colleagues’ questions in the end.

The next scientific-methodological workshop will be conducted by Goncha Kerimova on February 1. Those who want to attend the seminar, please contact the Department of “Foreign Languages”. 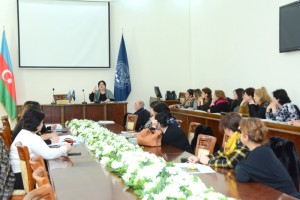 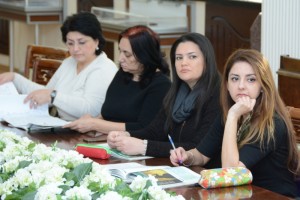