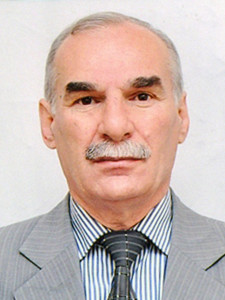 He graduated from the Institute of the National Economy named after D.Bunyadzade (present ASUE) in 1980.

In 2000 he served as a senior teacher at the Department of “International Trade”.

He is a Candidate of Economics. He is the author of about 30 scientific works.

At present he is a senior teacher at the Department “International Trade and Customs” of ASUE.

H.M.Askerov is married, has got two children and four grandchildren.