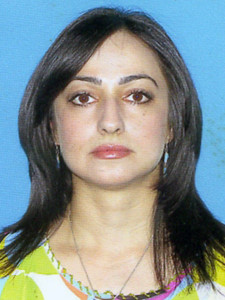 She graduated from the Institute of the National Economy named after Voznesenski in 1992.

Tax Inspection. Since 2001 she has been working at ASUE as a teacher, senior teacher.

Currently she is a senior teacher of the Department “International Trade and Customs”.

M.M.Aslanova supported her Candidate’s paper in 2004.

She is the author of more than 15 scientific works.