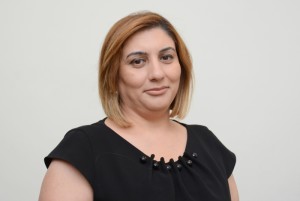 She   graduated from secondary school in 1986. In 1986-1991 she studied at the Physics faculty of Baku State University.

In 1991-1994, she continued her education at the postgraduate study (full-time)   of Baku State University.

In 1995, she defended   her thesis and got PhD in Physical and Mathematical Sciences.

Since 2000   she   has been working as an associate professor at Azerbaijan State University of Economics.

In 2009 she defended her doctoral dissertation.

She has been Doctor of Physical and Mathematical Sciences since 2011.

Since 2012 is a professor of “Physics and chemistry” chair.

In 1995 she became the laureate of the first republican competition of young scientists.

In 1997, she was awarded the Honorary Decree of the Ministry of Education of the Republic of Azerbaijan.

By the Order of the President of the Republic of Azerbaijan dated September 24, 2020, she was awarded “Taraggi” medal on the occasion of the 90th anniversary of  Azerbaijan State University of Economics and for his services to the development of education in Azerbaijan.

She is   the author of 147 scientific and scientific-methodical works 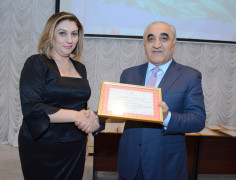