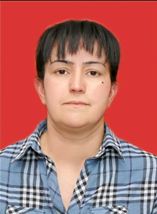 She graduated from the Azerbaijan State University of Economics in 1993 and continued her education there in postgraduate study in “Price”.

She began her career in 1996 as a junior researcher at the Sociological Research Laboratory at the University of Economics.

2000-2001 – Scientific Researcher in the Research Laboratory;

From 2001 to 2005 worked as a senior research assistant in the socio-economic research laboratory.

2005-2008 – Senior Research Officer at the Research and Consulting Center.

She worked at the Scientific Research Institute of Economic Research in 2010-2013.

In 2003-2005, she participated in projects on gender mainstreaming in globalization, economics and ecology at the Center for Gender Studies in the teaching of humanities and social sciences.

She participated in the projects on “Evaluation of mechanism of state stimulation of development of agrarian sector in Azerbaijan and developing suggestions and recommendations for its improvement ”  and “Assessment of the mechanism of coordination of monetary and fiscal policies to ensure sustainable development in Azerbaijan and development of proposals and recommendations for its improvement” in 2011-2012.

She is the author of more than 40 scientific works.