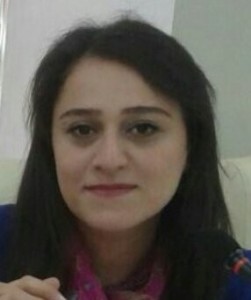 In 1999 she entered the faculty of Technology of   Azerbaijan State University of Economics.  In 2003, she graduated from a bachelor’s degree in “Standardization and Certification” with honors.

In 2006, she graduated from   MBA in Economics from the University of Economics with a degree in Marketing from the department of Economics and Management.

Since 2010 she has been working as a lecturer at the department of Standardization and Certification of   Azerbaijan State University of Economics. (UNEC). In 2016, she passed the competition for teaching in SABAH groups of the Ministry of Education of the Republic of Azerbaijan and is currently teaching.

After successfully completing the course ““ISO 9001-2008. Quality management.  Internal Audit”, organized by the Quality Association in December 2012 she was awarded the Istanbul Certificate of the Austrian Turkish Company.

In December 2013 she was accepted into the PhD program at UNEC, successfully passed the minimum exams and is working on her research work.

She took part in an article competition in connection with the announcement of 2014 as the “Year of Industry” and won the second place.

In 2015, she participated in a course on “Fundamentals of Invention and Patenting” organized by the Technology Transfer Center.

In 2016, she participated in trainings organized by the Public Youth Support Research Public Association and gained knowledge on how to shape and develop students’ interest in learning.

In September of the same year, she successfully participated in the training “Development of a modern teacher’s individual work plan (syllabus)” organized for the teachers of Sabah   Groups of the Ministry of Education of the Republic of Azerbaijan.

Since 2017 she has been the head of Student Science Club “SS (Standardization and Certification) Club” Student Scientific Society.

She is a member of the Young Teachers Council, established in 2017.

She took part in the seminar on “Global G.A.P. and Organic Agriculture ”   held in 2018 by the Quality Association.

In 2019, one of his articles was published in a journal that was included on the SCOPUS platform. Another work is published is indexed on the Web of Science (Clarivate Analytics) database.

She has been awarded more than 40 certificates, diplomas, honorary diplomas for participating in self-development courses, seminars, trainings and courses.

She is the author of  50 published scientific and methodical works, including 1 methodical guide, 4 syllabus, 21 articles (14 articles abroad, 7 in local journals), and theses of  21 international and 8 local conferences. 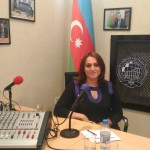 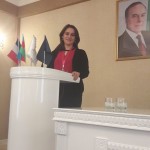 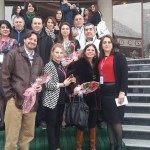