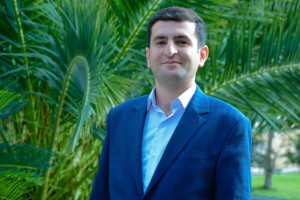 In 2005, he finished Chobansykhnag village secondary school named after V.Kazimov, Tovuz region, in the same year he entered   Qafqaz University, majoring in International Economic Relations. After graduating with a bachelor’s degree in 2010, he received a master’s degree in economics from the Eastern Mediterranean University of the Turkish Republic of Northern Cyprus in 2012-2014.

In 2016-2017, he completed graduate studies at the Institute of Management Systems of   Azerbaijan National Academy of Sciences   in Econometrics (5302.01) and on December 25, 2017 defended his dissertation on “Econometric analysis of the effectiveness of budget policy.”

He started his career in 2014 at Qafqaz University. In the following years he worked as a lecturer at Baku Engineering University and Azerbaijan State Economic University. He is currently teaching at both universities.

Since September 2017, he has been a lecturer at the department of “International Economics (English)”  at  Azerbaijan State University of Economics (UNEC) and since December of the same year, he has been the director of  UNEC Empirical Research Center. He is the author / co-author of 1 book, 2 book chapters, 23 scientific articles published in international and local journals and 2 conference articles.