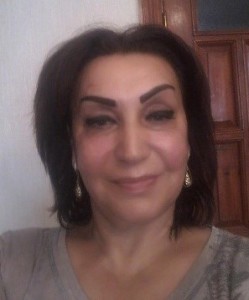 Novruzova Zemfira Ramiz kizi was born on June 30 1959 in Baku.

She graduated from the Institute of the National Economy in 1984.

Within 1984-1989 she served as an economist in the Executive power of the Narimanov district.

In the years of 1989-1991 she was the leading expert of the Planning commission of Baku city Executive Power.

Novruzova became a Candidate in Economy in 1992.

Novruzova was a member of the Board of Appraisers’ Association. She took active participation in the International Congresses and Scientific-practical Conferences organized by an Association. Her scientific activity was affected in her publications. She is the author of more than 30 scientific articles published in our country and abroad, 2 textbooks, two training aids and a methodological instruction.

Novriuzova is married, has got two children.