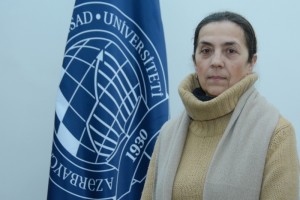 From 1997 to 2018 year worked in the position of the foreign teacher at the Azerbaijan State Economics University.