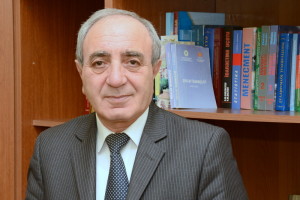 He worked in different positions at the Department of Automated Management Systems (AMS) of the Academy of Sciences of Azerbaijan Republic over 1984-1988 years and Baku Supreme Party School over 1988-1991 years. He was the senior teacher assistant professor, director of department and dean at the Baku Socialist Management and Political science Institute over 1991-1999 years. He worked in the position of the director of department and dean at the State Administration Academy under the President of the Republic of Azerbaijan from 1999 to April 03, 2014. He was appointed the Director of the Training-Methodical Centre of University of Economics on April 3, 2014. 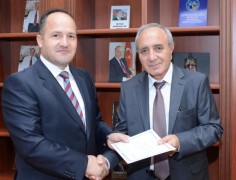 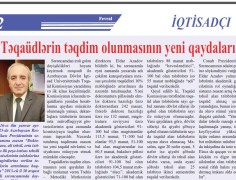 He gained the scientific degree of candidate of economic sciences, assistant professor scientific title after successfully defending the thesis “Elaboration of imitation models for forecasting of development of city and urban economy” in 1993. He is engaged in scientific research related to local-governance, public administration.

Azadov Eldar Hasankhan was awarded the “Progress” medal for his contribution to the development of education in Azerbaijan with the Decree of the President of the Republic of Azerbaijan dated September 10, 2009.

A Novelty by the University of Economics: outsiders will have the opportunity of studying here (04.03.2016)