He was born in 1958 in Aran village of Beylagan region.

In 1985-1998 he worked as a junior and senior researcher at the Institute of Zoology of   Azerbaijan National Academy of Sciences.

In 1993, he defended his dissertation on “Species composition and quantitative distribution of the benthic fauna of Great Qizilagaj Gulf of the Caspian Sea” and was awarded the degree of Candidate of Biological Sciences.

In the 1999-2000 academic year, he began his scientific and pedagogical activity as a senior lecturer at the department of “Food Commodity” of   Azerbaijan State University of Economics.

He is currently an associate professor of the department of  “Consumer Goods Examination”.

He is author of  more than 65 scientific works, including 22 subject programs, 3 methodical instructions, 1 training aid and 2 textbooks.

He is married. He has two children and grandchildren. 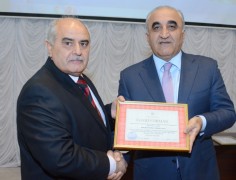 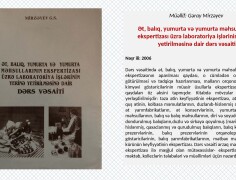