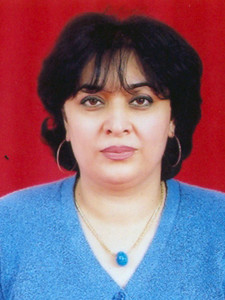 In 1982 she entered Azerbaijan State Institute of the National Economics named after D.Bunyadzade. In 1987 she graduated from the School of “Economy and Planning the Industry” of the same institute.

Within 1989-1994 she served as a accountant of the firm “Orbita”, in 1997-1998 a laboratory assistant at Baku Planning Economic College, in 2003 a teacher at the Department of “Organization of Customs”.

Since 2013 N.S.Balabeyova is a senior teacher at the Department “International trade and Customs”.