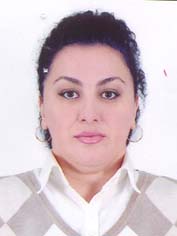 In 1990-1992   she worked as an hourly graff   teacher at   Azerbaijan Pedagogical Institute named after M. Akhundov (now Azerbaijan Slavic University).

In 1993, she began her  career  as a teacher at  Azerbaijan State University of Economics.

At present she is the senior teacher at the chair of “Azerbaijani language” of Azerbaijan State University of Economics.

She is the author of 11 articles.

She is the vice-president of “ Qafqaz Media” social union.

She was honored with the diplomas  “Honorable Pen”, “Holy Pencil”, “Vector”, “Well known intellectuals of the XXI century”.