Bashirov Rafig Alim oghlu was born on April 5 1941.In 1947 he entered the primary school of Jimi village of Gonagkend region and finished the secondary school of Khachmaz region in 1957.He entered the School of Finance of the Institute of National Economy named after K.Marx in 1957 and graduated from on Finance and Credit in 1962.Within 1962-1966 he worked in the banking system.On September 1 1966 R.A.Bashirov was admitted a teacher to the Department of “Finance Credit” of the Institute of National Economy.

In 1974 he defended his Candidate’s paper and became a Candidate on Economy.

He is married, has got three children and six grandchildren. 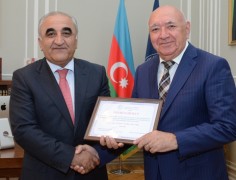 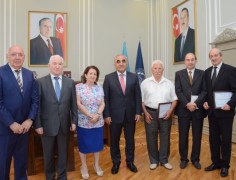