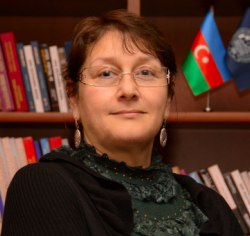 In 1983 she finished secondary school No. 87, and in 1983-1985worked at the Information Center of the Ministry of Internal Affairs. In 1985, she attended Law Faculty of Kiev State University named after Taras Shevchenko, and since 1988 she has continued her study at the Law Faculty of Baku State University and  graduated it in 1990.

Began labor activity as a member of the College of Barristers of the Republic of Azerbaijan in 1990.  In 1993-1999 she worked in the Union of Consumer Societies (“Azerittifag”), head of Legal Department of the Board of Directors, in 1999-2009 Assistant Director of “AzerAirNavitaion” Company of “Azerbaijan HavaYollari” State Concern on Legal Affairs, in 2009-2014 as the chief lawyer of the Board of “Azertunelmetrotikinti” State JSC. 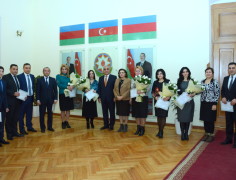