Within 1989-1999 he studied at the secondary school and then entered the Azerbaijan State University of Economics.

In 2003 he graduated from the Azerbaijan State University of Economics with honors on “International Trade” and entered the Ukrainian Interregional Academy of Personnel Management, Kiev in accordance with the competition held by the Ministry of Education.

In 2005 he graduated from the Academy and became a Master in Finance.

In 2005 he was admitted to the post graduation of the Academy by the Scientific Council.

In 2008 he graduated from the Academy.

In the year of 2009 Damirov defended the Candidate’s paper on “Involvement of the International Financial Resources of the National Economy” (Ukraine and Azerbaijan example) and became a PhD in Economy.

Damirov is married, has got a child. 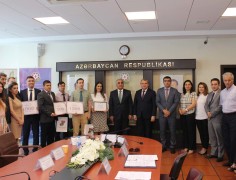 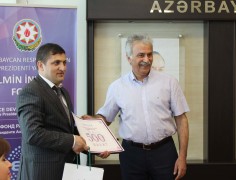 Authors of the first Scientific Studies on Financial Literacy – members of UNEC’s Board of Young Scholars (13.07.2017)