Glorious History started in the Path of Revival

Event on the “Glorious History in the Path of Revival” dedicated to the National Revival Day was held in the Zagatala Branch of Azerbaijan State University of Economics (UNEC).

After the National Anthem, Director of Zagatala Branch of UNEC, Professor Orujali Rzayev had a glance to the history of National Revival Day. Stressing an important place occupied by the national movement in the struggle for national liberation of Azerbaijan people, the events were noted to be of great importance on the road to our independence. O.Rzayev who talked about the National Leader Heydar Aliyev’s invaluable contributions in the creation of the modern state of Azerbaijan, its development and recognition in the world, noting the Great Leader’s ideas are eternal. It was also pointed that the Great Leader’s policy is resolutely pursued by the President Ilham Aliyev and our country is developing very rapidly.

The film dedicated to the National Revival Day was demonstrated after the speeches by an Associate Professor of the Department of “General Subjects” J.Arikhov on “The Day of National Proud” and a teaching staff Jabbarli Farid on “A Great History created by our Nation” were made. 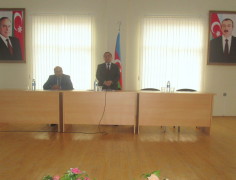 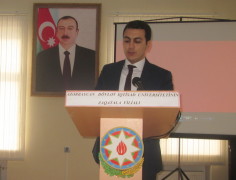 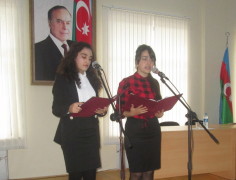