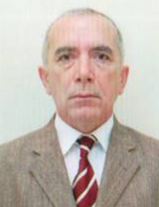 In 1971 he graduated from the same school with a gold medal.

In 1977-1982 he worked as an engineer at   Azerbaijan Scientific Research Institute of Agriculture, Institute of Applied Physics.

In 1982, he entered the postgraduate course at the Institute of Physics of ANAS.  (Full- time    education).

In 1986 he defended his candidate thesis, and in 1999 his doctoral dissertation.

He is   Doctor of Physical and Mathematical Sciences.

Since 2001 he has been   a professor of Azerbaijan State   University of Economics.

In 2004, he was given an academic degree of professor   by the decision of   the High Attestation Commission under the President of the Republic.

He is the author of about 80 scientific works.

Married, has a son.