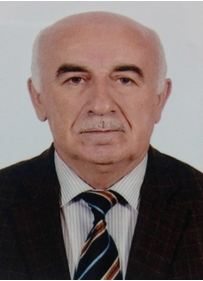 He was born on March 1, 1956 in II Bilajik village of Sheki region.

In 1982-1995 he began his scientific activity in the problem laboratory “Automatic control of technological processes”   of  Azerbaijan Polytechnic Institute (now Azerbaijan Technical University), first as a laboratory assistant, and then as a junior researcher.

In 1991 he was admitted to the post-graduate of the “Institute of Deep Oil and Gas Fields Problems” of the Academy of Sciences of the Republic of Azerbaijan and in 06.04.1998 he successfully defended his dissertation on “Development of reporting methods for temperature field and hot oil displacement in multilayer fields”.  He   was awarded the degree of Candidate of Physical and Mathematical Sciences in the field of Mechanics 01.02.05 – “Liquid, gas and plasma mechanics”.

From September 2014 to 05.2016, he worked at the STL “Strength and Dynamics of Machines” under the department of “Mathematics” and at the STL “Mathematical Modeling of Some Non-Stationary Processes” as a part-time leading researcher (on replacement basis).

In 2003-2017, he   was hourly lecturer, a lecturer (on replacement basis), and senior lecturer at the department of Mechanics and Mathematics “Theoretical Mechanics and Integral Environmental Mechanics” of BSU.

On September 25, 2017, by the order of the rector of  Azerbaijan State University of Economics № 714/3/2017, he was appointed as a senior lecturer at the department of “Technological machines and field equipment”.

He is the author of more than 60 scientific works reflecting his scientific and pedagogical activity, including 1 author’s certificate, 1 textbook, 5 textbooks, 2 methodical aids and 56 published scientific articles.

He is married, has a son, a daughter and two grandchildren.