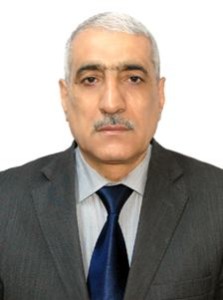 In 1975-1977 he worked as a physics teacher at secondary school in Lerik region.

In 1977-1980 he was a post graduate student at the Institute of Physics of ANAS.

In 1987 he defended his dissertation and received Ph.D. in Physics and Mathematics.

Now he is Associate Professor of   the department of “Physics and Chemistry”.

He is the author of more than 50 scientific works.