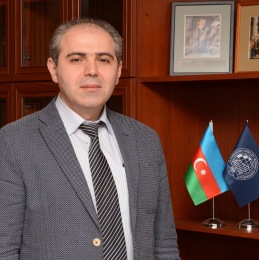 was born in 1976. He studies at the secondary school #88 over 1983-1993 years. He graduated from the Business organization and management speciality at the Institute of Administration of People’s Economy under the Cabinet of Ministers of the Republic of Azerbaijan in 1997 and acquired the bachelor degree. In 2001, he graduated from the master degree on the same speciality ay the Gebze High Technologies Institute of Turkey. He was the project manager at the Human Resources Committee of the “NAB” Group of Companies over 2006-2010 years.

Since 2001, he worked at the Business management Department of the Azerbaijan State Economic University. He defended the dissertation on organization and improvement of remuneration system at oil-processing entities of the State Oil Company of Azerbaijan Republic in 2007 and gained the scientific degree of the candidate of economic sciences. From 2006, he worked as the senior teacher at the Business administration Department. He became the assistant professor of the Department since 2012. He is one of the authors of the Human resources management textbook. He participated in a number of international scientific-practical conferences.

He is the author of up to 15 scientific works addressing urgent challenges faced by the national economy, including 5 books, monographs, textbooks and training aids. From 2012, he is the chief auditor on ISO 9001:2008 “Quality management” system at the Azerbaijan State Economic University. He appointed the Director of the Doctorate studies Section of University of Economics in April of 2014.

He is married and has 2 children. 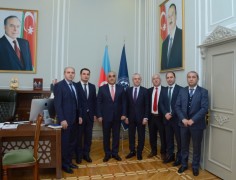 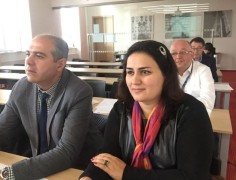 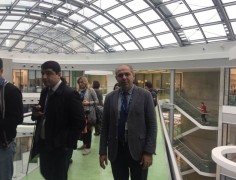