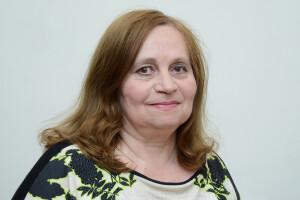 In 1973 she was recruited for the Economic Institute of the NAA as a junior scientist. She defended her Candidate’s paper on “Distribution and re-distribution of national income in terms of Confederate Republic” in 1983.

In 1989 she was appointed a senior scientist.

She became a senior scientist on “Political Economics” by the Higher Attestation Commission of the Republic of Azerbaijan in 1994. On May 27 2009 N.M.Mustafayeva supported her doctoral dissertation on “The Problems of Economic Grows and Macro-economic Proportions in Azerbaijan Republic”.